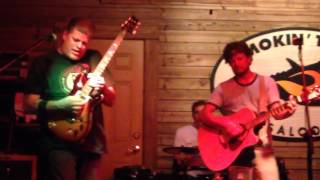 Born and raised right here in Key West, Caffeine Carl Wagoner is a proud Conch. A World Class guitarist, Caffeine Carl is a local favorite, often referred to as The Pride of Key West. In fact, Wagoner was voted as 2015 Bubba Award winner for BEST MUSICIAN IN KEY WEST. A gentle giant, Carl plays directly from the heart. Carl credits local artists such as Bill Blue and Carl Peachey and legends such as Albert King, Eric Clapton, and Elmore James as a few of his guitar heroes. A

Brilliant guitarist, entertainer, and songwriter Bill Blue is a Key West legend. Blue moved to Key West in the early 1980’s after touring for eighteen years with The Bill Blue Band. Music lovers in Key West over the past 30 years couldn’t be happier about that decision. He has dazzled crowds of folks on the island Paradise with his unique combination of finger picking, slide guitar work and his powerhouse vocals ever since. Blue, now in his seventies and unquestionably one of
1
234